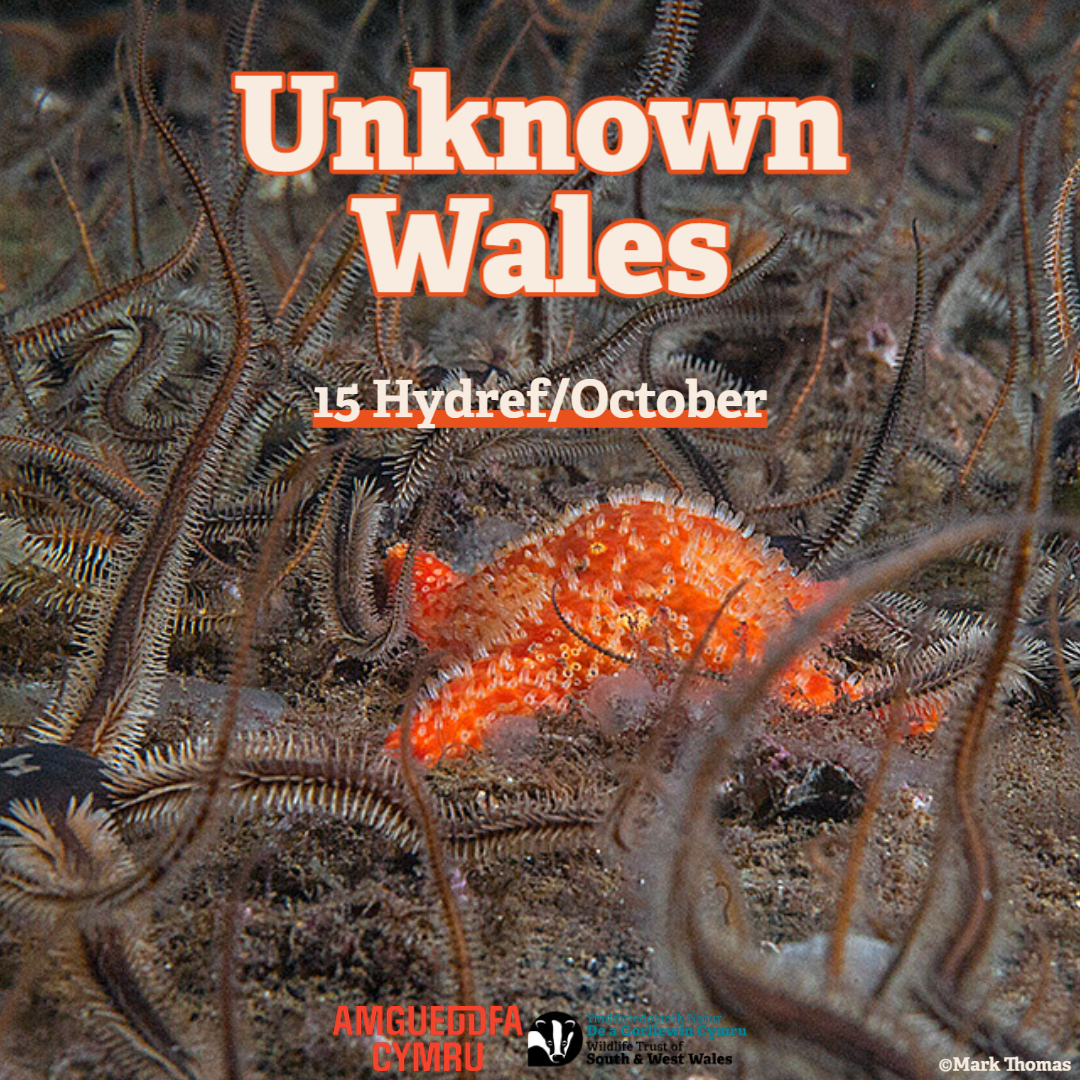 The WILDest event in Wales returns for 2022!

In partnership with the Amgueddfa Cymru – Museum Wales, we bring you the 12th Unknown Wales event!

Please join us for talks about Welsh nature – especially some of the lesser known and hidden bits.

The Pen Llŷn a’r Sarnau SAC (Special Conservation Area) is located in northwest Wales. It is one of the largest marine SACs in the UK, straddling almost 230km of coastline. Chloe Powell-Jennings of Natural Resources Wales will be talking about reducing the risk of introducing and spreading marine invasive non-native species in Welsh waters.

Bute Park, described as the ‘green heart of the city’ has a long history dating back to the 1800s.Malcolm Frazer, retired Bute Park arboriculturalist, will look briefly at its history and then talk about the tree collection within the park. The arboretum is unrivalled in the UK for its significant trees and is home to over 3,000 specimens, with native, rare and ornamental species all represented.

An Introduction to the Picture-winged Fly Families. David Clements will give a brief introduction to the Diptera families Tephritidae, Ulidiidae, Platystomatidae and Pallopteridae in Wales, showing how to recognise them, their biology and behaviour.

Dawn Thomas of North Wales Wildlife Trust will be talking about the Wildlife Trust’s rocky shore surveys which are running around the UK. These are a set of surveys studying the space revealed each day by the outgoing tides. The data collected by this project helps experts to monitor our fragile sea life and better understand the effects of pollution, climate change and invasive non-native species.

12.30pm – Our hidden treasures- the Red Squirrels of mid-Wales

The Red Squirrel is the UK’s only native squirrel species, and was once a common sight, however for decades they have been in decline. But did you know there are Red Squirrels still surviving in mid Wales? Sarah Purdon, Red Squirrel Officer of the Wildlife Trust for south and west Wales, will talk about the Red Squirrel population of the area, its history, what’s happening with them now and the future of the Red Squirrel in Wales.