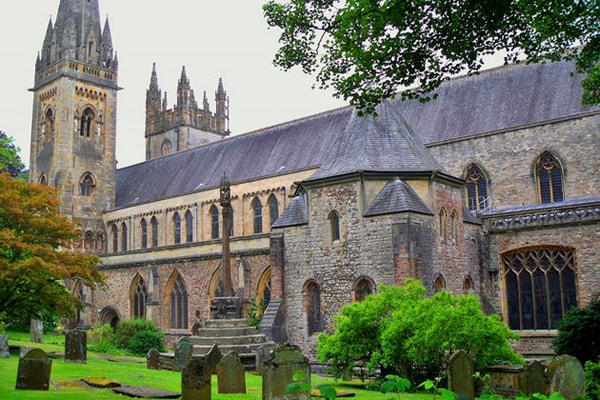 Llandaff Cathedral, founded in the time of Bishop Urban (1107-34), is one of the finest such structures in Wales. The main part of the Cathedral dates from the 13th century, while the northwest tower was rebuilt in the 15th century. Much of the cathedral later fell into a disrepair, but an Italian Temple was built within its walls in 1734. Although severely damaged during the last war, it has since been restored and contains many superb features, including a notable figure of Christ in Majesty by Epstein. Guided attraction tours are available with advance notice. The Cathedral lies close to the bank of the River Taff in the ancient "City of Llandaff" much of which is now a conservation area. Despite being surrounded on all sides by the bustling modern city of Cardiff, the Llandaff conservation area remains comparatively unspoilt and surprisingly tranquil.