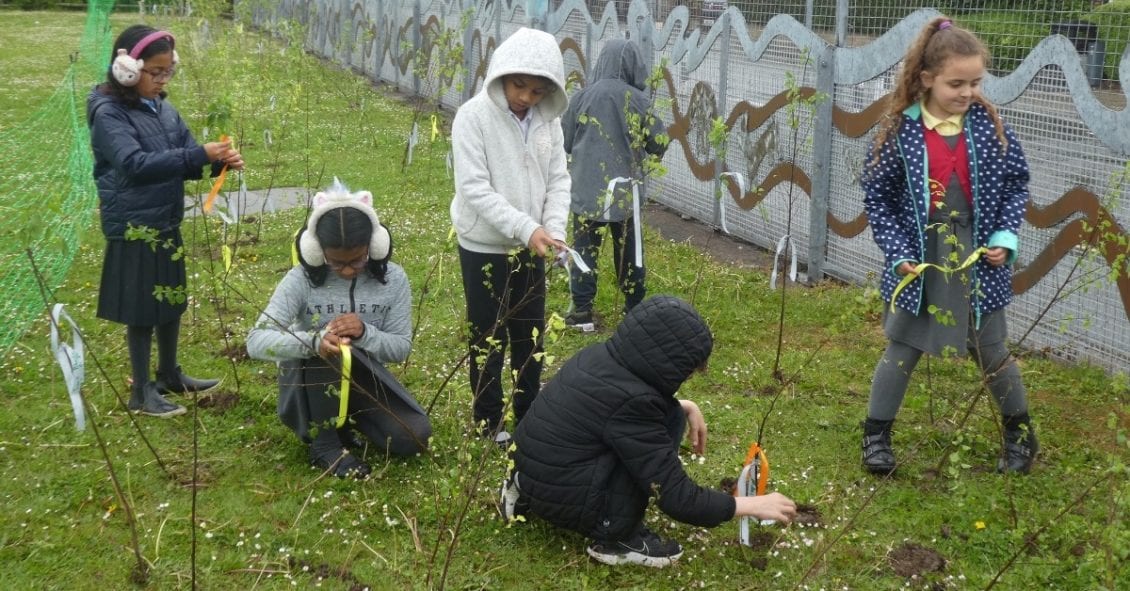 Pupils at Mount Stuart Primary school are playing their part in Cardiff’s journey towards being carbon neutral by 2030, helping to plant 1,000 trees at the school.

The saplings were given to the school to mark the launch of the council’s One Planet Cardiff response to the climate emergency.

Cabinet Member for Environment, Cllr Michael Michael, said: “The actions we all take now are going to have significant consequences for future generations so it’s great to see pupils at Mount Stuart getting involved and doing their bit to help push Cardiff towards our goal of being carbon neutral by 2030.”

Head Teacher at Mount Stuart Primary, Helen Borley said: “The plan is for every child in the school to plant a tree. Every child will then tie a ribbon around the tree with their name on it or to remember a member of their family. As we build back from the pandemic the children have become much more aware and appreciative of the outdoors and planting this amount of trees is just a small recognition of this.”

Councillor Michael continued: “Trees can play a significant role in the fight against climate change, that’s why, amongst a range of other projects, such as the delivery of a low-carbon heat network, and increased local food production, we we’re aiming to plant thousands more trees and increase urban tree cover in the city to 25%.”

The One Planet Cardiff strategy identified 7 key themes to address: Energy, Waste Management, the Built Environment and Housing Quality, Food, Green Infrastructure, Water, and Transport and called on residents to join with the council, by pledging to make the changes, (such as walking and cycling when possible, switching to a green energy tariff, and eating more locally produced seasonal fresh food) necessary to make Cardiff carbon neutral by 2030.