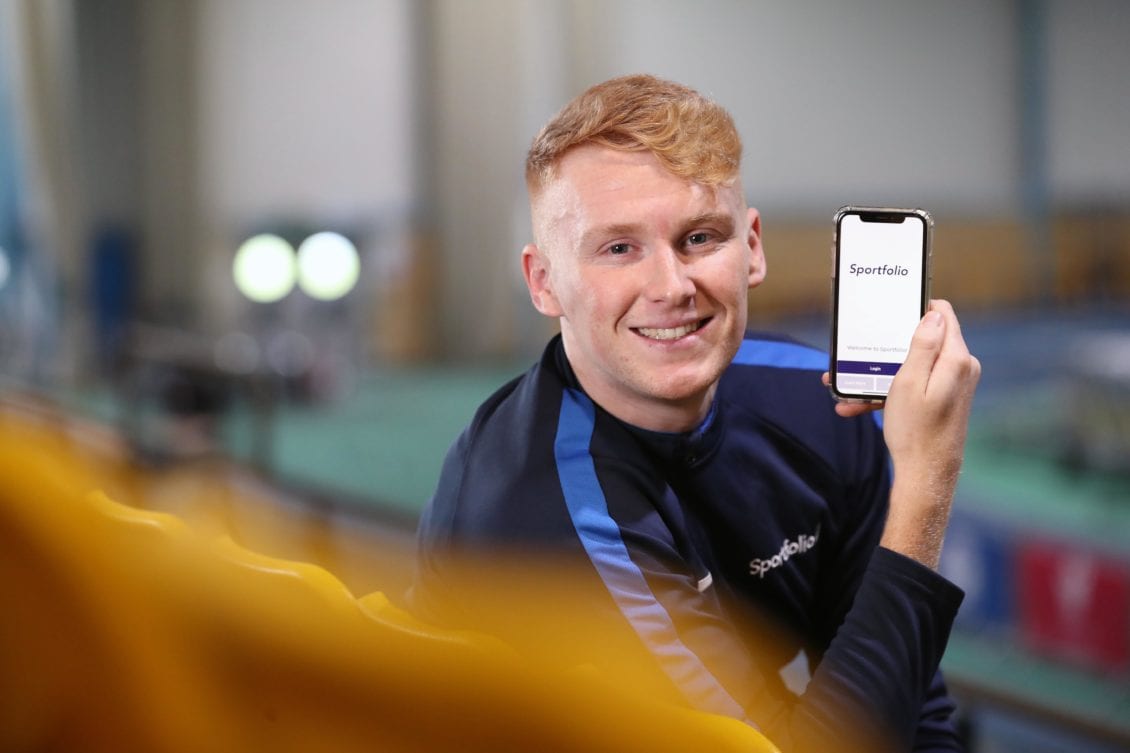 A 24-year-old Cardiff Metropolitan University graduate has set up a business to help connect athletic students with sporting opportunities at universities.

Tim Parker’s app, Sportfolio, will allow prospective students to see what sports programmes different universities across the country offer alongside their degree courses.

Tim, originally from Bristol, started his business with the help of Big Ideas Wales, part of Business Wales and part funded by the European Regional Development Fund through the Welsh Government. The service is aimed at anyone between the age of 5 and 25 who wants to develop a business idea.

As a keen footballer who has competed in the Welsh Premier League and Europa League while at university, playing sports was fundamental to Tim’s university experience. Knowing it would be the same for fellow students, Tim launched Sportfolio as a platform for prospective students to help them with making their decision on which university to choose.

Sportfolio, which will also have a web platform, allows universities to market their sports programmes and clubs. At the same time, current or prospective students can set up a ‘sportfolio’ to market themselves to universities and explore the different opportunities available.

Tim is just one of thousands of businesses in Wales that have been affected in some way by the coronavirus pandemic. When universities closed, Tim was concerned about the impact this would have on the business.

Tim said: “At first I was worried, but I believe Sportfolio will be able to help even more people. Many sports teams now have limited funds resulting in lots of athletes unable to receive further contracts or scholarships. Many of these athletes are now unsure of their next steps which is where Sportfolio can help as it allows them to compete in sports at a high level alongside attaining a degree.

“With an increase in university fees in the last decade, students want to know they are going to get a rewarding and rounded experience at university which for many, alongside their course, means joining sports clubs or societies.

“Market research has shown that university sport is underpromoted and students are unaware of the opportunities available within sports at university. Sportfolio would help to bridge that gap for future students while offering universities a chance to market their varied sports programmes.”

Tim is speaking to universities and colleges across the UK, with several already on board to join the Sportfolio platform. Tim previously attended a University UK event at Emirates Stadium to showcase his business and had over 300 students sign up to join Sportfolio in only two hours.

Tim continued said: “It’s really exciting and encouraging to see how many students and universities are interested in the app so far. There are a lot of hurdles and challenges when starting a business, especially as a young person, but that’s what makes the support of Big Ideas Wales so valuable.

“You have regular meetings with a business advisor, which makes you feel like you’re not alone. They have helped me fine-tune my idea, develop my business plan and write to universities to gauge their interest.”

Tim found out about Big Ideas Wales through the enterprise service at Cardiff Met University after they heard about his business idea through a lecturer. They went on to recommend Tim to ‘Bootcamp to Business’, a two-day residential event run by Big Ideas Wales. The Bootcamp gives young entrepreneurs the chance to hone their business skills with advice and mentoring from successful Welsh businesspeople.

Tim said: “I enjoyed attending Bootcamp, especially getting to speak to other entrepreneurs and asking them questions about their experiences. I found that really inspiring.”

Tim has recently secured investment from the newly launched tech incubator and accelerator Aureus Ventures. He already has his sights set on taking the platform global, identifying other key markets in countries around the world.

Mark Adams, Big Ideas Wales business advisor, said: “Tim has a great business idea and is working hard to make it a success. With all the interest he has received already from universities and students, I have no doubt he will achieve his aspirations for Sportfolio.”

Children’s mental health project to be trialled in Welsh schools

Cardiff Bus to carry out environmental upgrades to fleet