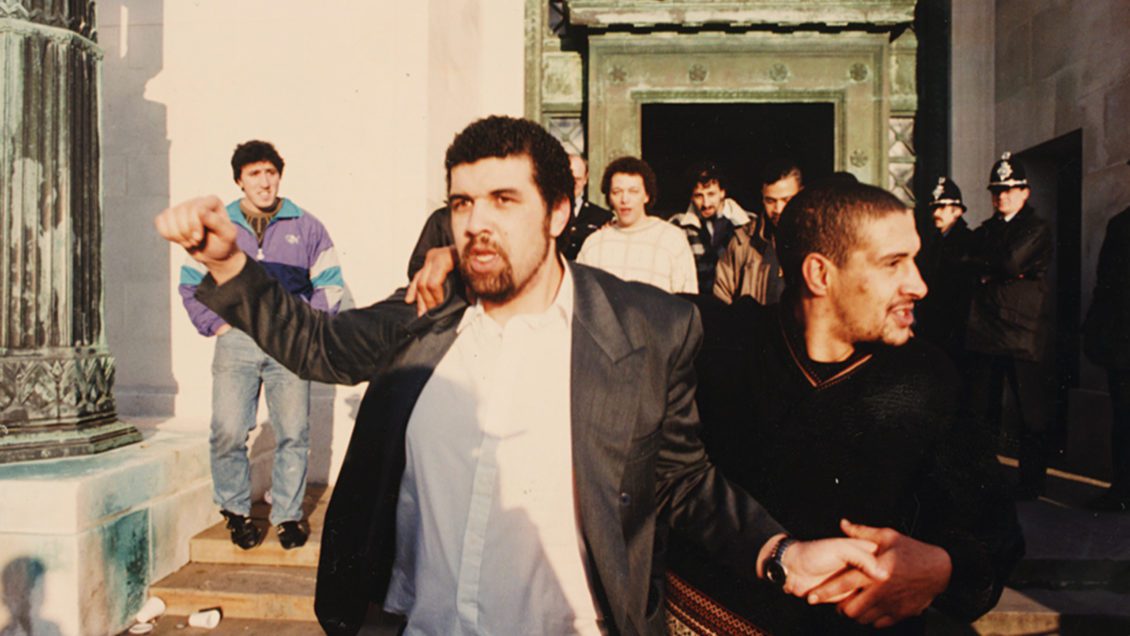 No forensic evidence linked the men to the crime scene, they had alibis for the night of the killing and they barely knew each other.

Police alleged the five were involved in the ritual killing of the young woman. All of them were innocent and it would be years before the true killer was found.

In new landmark true crime series, A Killing in Tiger Bay, the story of the so-called Cardiff Five and their fight for justice is explored over three shocking episodes. From their arrest to their trial – which would become the longest murder trial in British history – to a worldwide campaign to free the men, the story shines a light on a 30-year scandal and the countless ruined lives.

The first episode centres around the murder and the arrest of the Cardiff Five, made up of Lynette’s boyfriend Stephen Miller, John Actie, Tony Paris, Ronnie Actie and Yusef ‘Dullah’ Abdullahi.

How did these men find themselves in the middle of a horror story that would last four decades?

A KILLING IN TIGER BAY

Search for owner after bird found in Cardiff garden

Cardiff Council has submitted a Listed Building Consent application for works to Roath Park Dam, prior to improvement works starting in Autumn 2021. Roath Park Lake, in the heart of Cardiff, is in one of the city’s most-loved parks. Although known as a lake, it is actually a manmade reservoir, formed by a dam structure […]
The post Improvement works to begin at Roath Park Dam appeared first on . Latest Cardiff News…

Cardiff licensing authorities have granted approval for the development of seven new bar/restaurant units as part of the planned Castle Quarter Courtyard regeneration. With the final public authority consent now in place, work will start in the coming months to demolish a former nightclub which sits in the space behind High Street and Duke Street […]
The post Cardiff approves licensing for Castle Quarter Courtyard regeneration appeared first on . Latest Cardiff News…

Due to phenomenal demand, Stereophonics have added a second show at Cardiff’s Principality Stadium and will now perform on Friday 17 December as well as on Saturday 18 December – tickets for these two special shows “We’ll Keep A Welcome” are now on sale. Their 2021 show will be a special end-of-year celebration not to be missed and marks […]
The post Stereophonics add second date to Cardiff Principality Stadium appeared first on . Latest Cardiff News…

Leading IT specialists Jellyfish Business Solutions have signed a new sponsorship deal with Cardiff Rugby. The agreement, which will see the IT firm become part of the club’s business networking group, includes a host of other benefits and builds on an established relationship between the two organisations. “We already look after the managed print needs […]
The post IT firm signs sponsorship deal with Cardiff Rugby appeared first on . Latest Cardiff News…