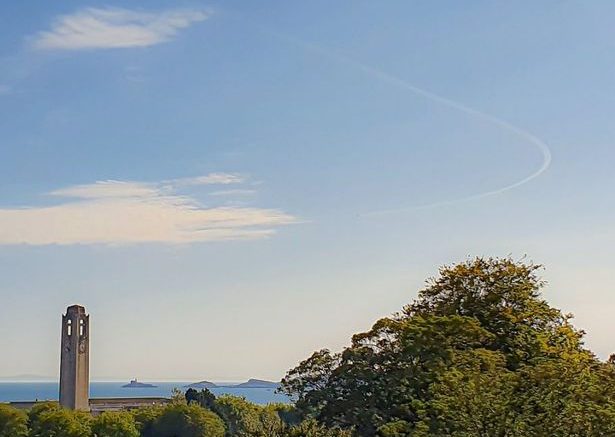 A British Airways plane could be seen dumping fuel from the sky above Wales after declaring an emergency.

Flight BA113 took off from Heathrow Airport at around 3.40pm on Monday, September 14 and it was bound for JFK in New York.

The aircraft could be seen doing a U-turn in the sky above Swansea at around 4.20pm.

It is understood that the plane declared an emergency before leaving the UK and that pilots dumped fuel above the Cardiff and Swansea areas to reduce weight and prepare for an emergency landing.

The plane returned to Heathrow Airport about one hour after it set off.

A spokesman from British Airways said it was all done as a precaution.

“The aircraft landed safely after our highly trained pilots opted to return to Heathrow as a precaution,” said the spokesman.

“We’ve said sorry to our customers for the delay to their journey, and we’ll get them back on their way as quickly as we can.”