South Wales Police is continuing to investigate the murder of Tomasz Waga in Cardiff. 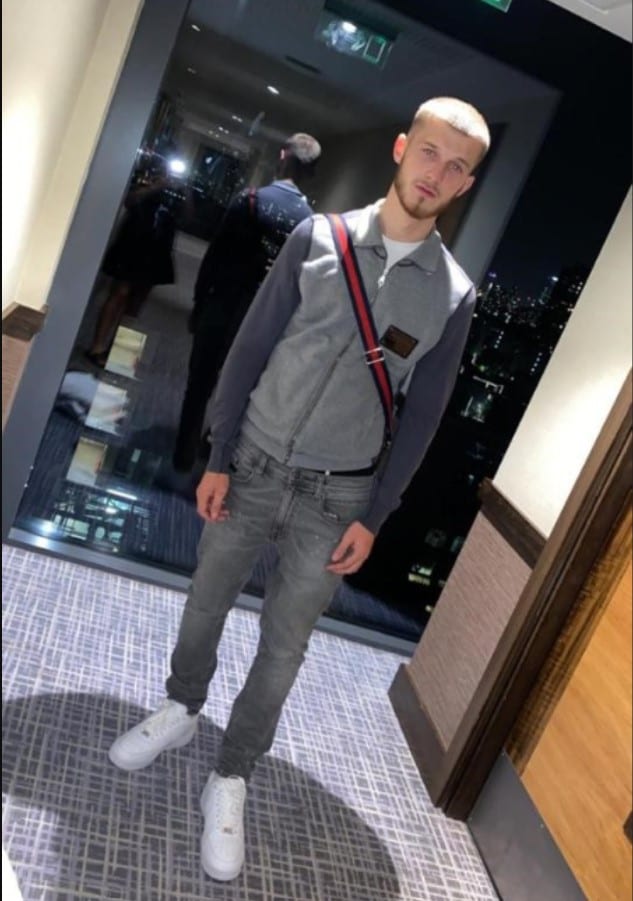 Tomasz’s body was discovered by a member of the public at approximately 11.30pm on Thursday, January 28  in Westville Road, Penylan.

He had been the victim of a sustained assault.

Two men have already been charged in connection with his death and are remanded in custody awaiting trial.

Detectives have now released the identity of two other men – Josif Nushi and Mihal Dhana  – who are wanted on suspicion of murder.

Nushi, 26, of Ninian Road, Roath Park, Cardiff, and Dhana, 27, of no fixed abode, are seen here on body worn camera when they were spoken to by police officers for an unrelated matter in December 2020.

The following is known about Josif Nushi and Mihal Dhana:

* They are involved in the production of cannabis.

* They had links to a property on Newport Road where a cannabis factory was discovered shortly after Tomasz’s body was found.

*They fled Cardiff on Friday, January 29.

*They have links to Lushnje in Albania,

* They have connections in Yorkshire, specifically Bradford and Huddersfield, north west London and Bristol.

Tomasz’s family have been updated and they continue to be supported by family liaison officers.

“We know he had travelled from the Dagenham area on Thursday to 319 Newport Road in Cardiff.

“We believe that a disturbance took place at around 10.30pm at this location during which he was assaulted and enquiries are ongoing to establish how he then ended up in Westville Road where he was discovered.

“While two men have been arrested and charged in connection with his death, two further suspects – Josif Nushi and Mihal Dhana – are outstanding.

“Extensive enquiries have been carried out nationally to find these two individuals and we are liaising with the National Crime Agency.

“But we are now also appealing to the public for help and  would urge anyone with information to please contact South Wales Police.”

Anybody with information should contact 101 or provide information online via the Major Investigation Public Portal: https://mipp.police.uk/operation/62SWP21B26-PO1
Alternatively you can call Crimestoppers anonymously on 0800 555 111.

New visuals have been revealed showing how Cardiff University’s Bute Building, home to the internationally-renowned Welsh School of Architecture, will look once its major refurbishment is complete. Global design practice BDP’s Cardiff studio is the project architecture and principal design practice on the project, as well as advising on acoustic design. BDP is celebrating its 60th anniversary this year. The £9.7 […]
The post New visuals reveal new-look Welsh School of Architecture appeared first on . Latest Cardiff News…