For many families, including my own, attending a pantomime at this time of the year marks the start of the festive season, and the New Theatre offers up a classic every year.

The tale of Aladdin is performed every year in pantomimes across the country, and this year it blended the storyline with slapstick comedy and hit songs like Ain’t No Mountain High Enough perfectly.

It was brilliant to see the return of iconic pantomime characters, like Widow Twankey and Wishy Washy, played by Mike Doyle and Paul Chuckle respectively. The two bounced off each other (literally at points!) in a way that had everyone laughing, adults and children alike.

When seeing a panto starring Mike Doyle, you know you’re going to be met with Welsh jokes that will make the locals laugh. From quips about Welsh superstar Shirley Bassey to many references to the Cardiff vs Swansea football rivalry, the crowd was hysterically laughing along to his one-of-a-kind comedic style. 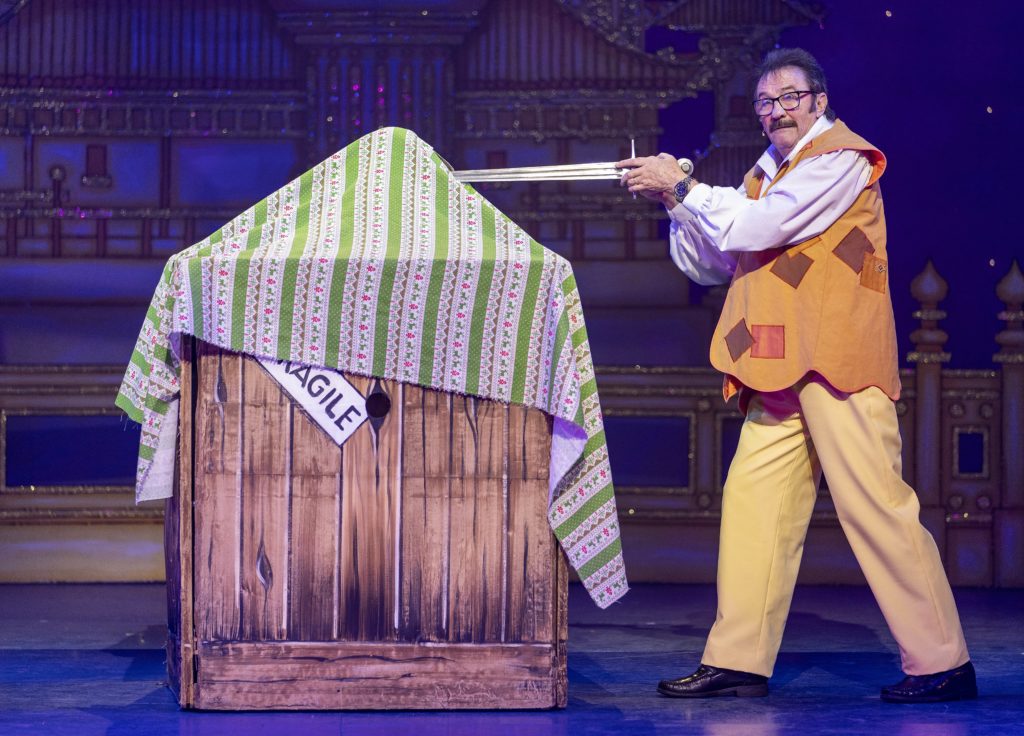 Paul Chuckle thrived alongside Doyle and Gareth Thomas, even throwing out his iconic catchphrase ‘to me, to you’ with Doyle, as he continually proved why he’s such a panto legend after over 50 years in the business.

Credit must also be given to the eye-catching scenery and costumes, along with the stunning vocals by Denquar Chupak, who played Princess Jasmine, and Lorraine Brown as the Empress.

A difference this year was the many references to the pandemic, included in such a light-hearted way that allowed the audience to laugh and shake their head along with the cast. But it was heart-warming to see how much it meant to everyone, cast and audience alike, to be back in the theatre watching a panto at this wonderful time of year.

Don’t miss out on that magic carpet ride and book your tickets today!

Tickets for Aladdin are £19.50 to £43.50 with family and group booking discounts and concessions available. For more details on performance times and to book tickets go to: www.newtheatrecardiff.co.uk or call the Box Office on 0343 310 0041.