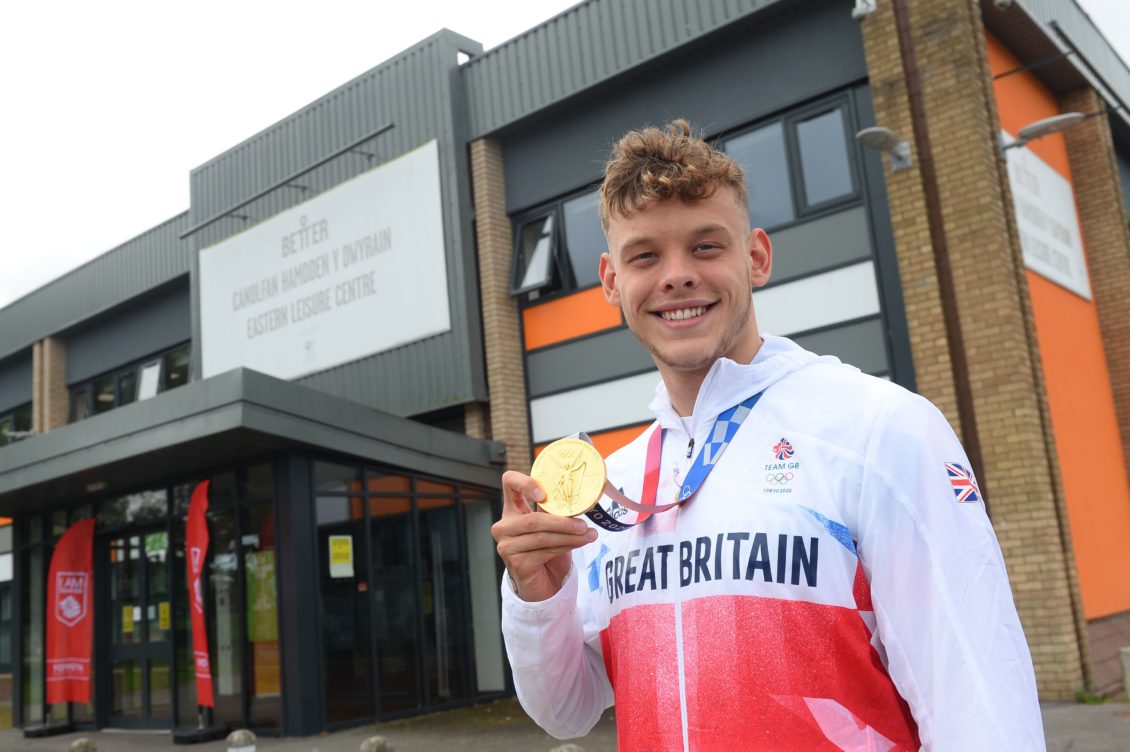 Welsh medal winners Matt Richards and Lauren Williams appeared at two Better Cardiff Leisure Centres on Saturday, fresh from their Olympic success in Tokyo. They joined in the I am Team GB’s Festival of Sport events being run by Better across the city. Celebrated cyclist Ed Clancy and five-times British champion and Commonwealth Games silver medallist, gymnast Laura Halford also put in an appearance to support the community event.

“It was really amazing to be back in Cardiff again and to have my family there waiting for me outside the leisure centre. Being able to mingle with other swimmers at the event and show off the Gold Medal and see young people’s faces was quite magical. I hope I can inspire others on their swimming journey and take the sport of swimming to new heights. Swimming has so many important benefits for physical fitness and mental health.”

“Being Welsh is really important to me. I have a huge Welsh family in Cardiff and Newport which I am incredibly close to. I have always been brought being told I’m Welsh and always supported the Wales Rugby team. To me it was a natural decision to be part of Team Wales-nobody can tell me otherwise!”

“Today’s welcome at Western Leisure Centre was incredible. It is the first time I have been back in a class for ages as I have been training for the Olympics for so long. I hope my presence at such events will open people’s eyes to the possibilities within the sport. In one sense, it feels very normal being home after Tokyo then I keep bumping into people who congratulate me and get a great response at events like this and realise the impact I’ve had and how I’ve helped take the sport of Taekwondo to a new level.”

“We were so very lucky to be able to welcome two Team GB Heroes back to Wales after their fantastic achievements in their sport. It was a great opportunity for young people to meet them and be inspired ahead of their official welcome home. Thanks to all of our partners for pulling all the stops out to make this event happen over two days.”