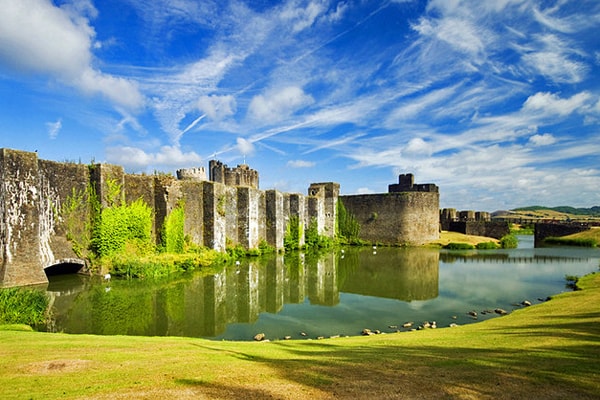 Situated just 7 mi north of Cardiff, Caerphilly Castle was built in 1628 to consolidate England's grip on the area. The castle, the largest in wales, boasts the most elaborate defensive system of any British castle. Enlarged several times, it has two impressive drawbridges, massive walls, round towers and a moat.

Also on display are four full-size replicas of medieval artillery pieces. Exhibits inside include details of its involvement in the wars between the Welsh and the English. And for a truly inspiring view of the fortress, tourists can take a boat trip across its lake. However, once the threat posed by Llywelyn was quelled by Edward I, the raison d’etre for this massive fortress changed.

The castle’s condition worsened until late in the 19th century when the third marquess of Bute began preservation work. We have a lot to thank the Butes for in South Wales!

~Things to do and see in Cardiff, Activities and Attractions in Cardiff~