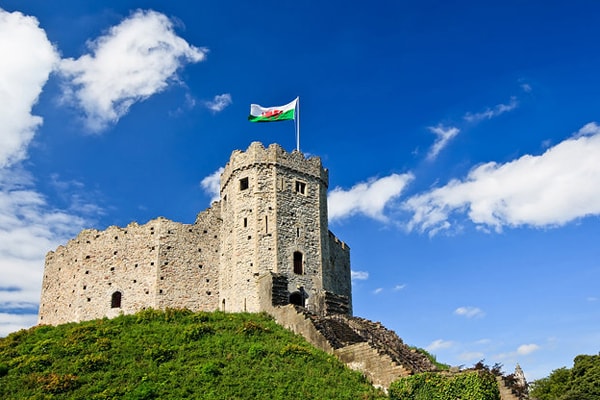 Located in the center of the city, Cardiff Castle stands on a site once occupied by a Roman fort, parts of which (the walls, 4th century polygon bastions and the north gate) have been preserved and partially restored. The castle is in fact three fortresses in one. A new castle was built in 1090 on an artificial moat, and a range of richly decorated buildings added later (the whole complex was rebuilt at vast expense between 1865 and 1920). Highlights include the State Apartments, the Clock Tower, the Chapel and a spectacular Banqueting Hall with murals telling the tales of Robert the Consul and a huge ornate fireplace. Time your visit right, and you'll be rewarded with a chance to witness jousting tournaments, medieval markets and other fun events.