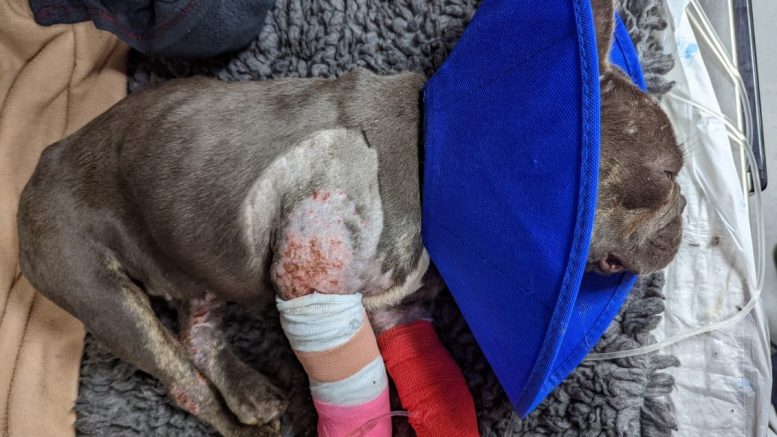 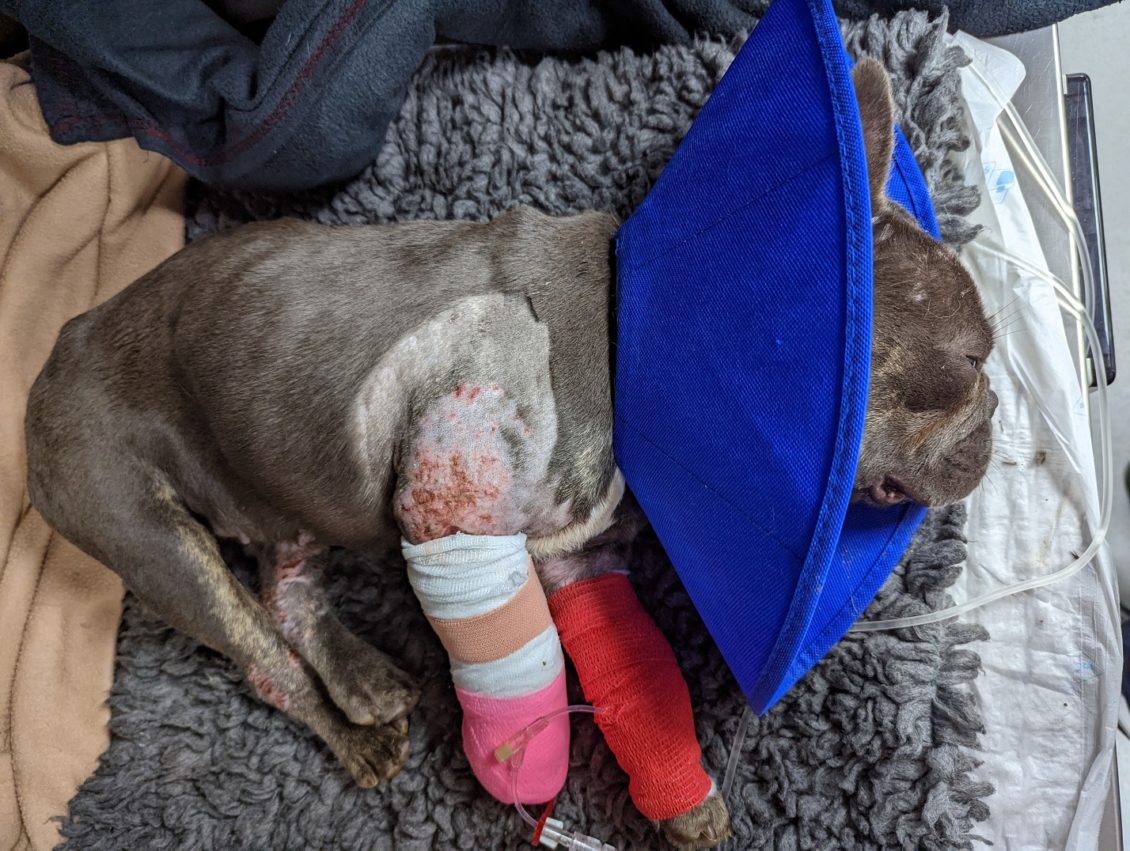 The RSPCA has launched an appeal for information after a French bulldog with “nasty” untreated wounds was found in Cardiff.

Officers from the animal welfare charity were alerted after the dog was brought into a veterinary practice on Friday 15 July, after she was found in the Mynachdy area of the city

The dog’s injuries were consistent with biting.

Injuries include large areas of defect to the right forelimb, and exposed bone towards the wrist. A series of deep wounds were visible on the dog’s forearm, in addition to lacerations into her muscle, and she was struggling with severe infection.

She also had lesions to the back of her left ear, spreading into her head; and historical puncture wounds across her body, with signs of deep bacterial infection.

Treatment for the dog has included antibiotics and painkillers – and thankfully the French bulldog has responded positively, is eating well and is “enjoying the attention” of staff at the veterinary hospital.

However, the RSPCA is eager to trace the dog’s owner and to try and decipher how she came to be found in such a poor state. Anyone with information has been urged to contact the charity’s inspectorate appeal line.

It is believed the member of the public who took the dog into the veterinary practice provided false contact details.

RSPCA inspector Simon Evans said: “This poor dog was brought into a vets in Cardiff in a terrible state – covered in wounds we fear are consistent with bites. Her injuries were so nasty and she must have been in huge discomfort.

“Fortunately, she’s made great progress already – and it’s great to hear that she is really enjoying the attention of staff at the hospital; but clearly we need to find out what happened to her.

“Anyone who recognises this dog, could help us trace the owner or knows how she ended up in this condition is urged to contact our inspectorate appeal line on 0300 123 8018.

“We understand she was found in the Mynachdy area of Cardiff on 15 July.”

Sadly, incidents such as this are typical of some of the jobs dealt with by the RSPCA’s frontline officers, particularly during the summer months.

Reports of beatings, shootings, abandonments and poisonings rise over the summer months – prompting the charity to launch their Cancel out Cruelty campaign. The RSPCA receives around 90,000 calls to its cruelty line every month and investigates 6,000 reports of deliberate animal cruelty. But in the summer (during July and August) calls rise to 134,000 a month.

Simon added: “Our frontline teams are working hard to help animals in need this summer but we can’t do it alone – we need the public’s help to Cancel Out Cruelty.”

Chris Butler, hospital manager and registered veterinary nurse at Valley Vets, added: “This was an extremely distressing case for our hospital team to have to manage. The volume of cruelty and neglect that we are battling at the moment is heart-breaking.”

The Correspondents’ frontman is coming to Cardiff