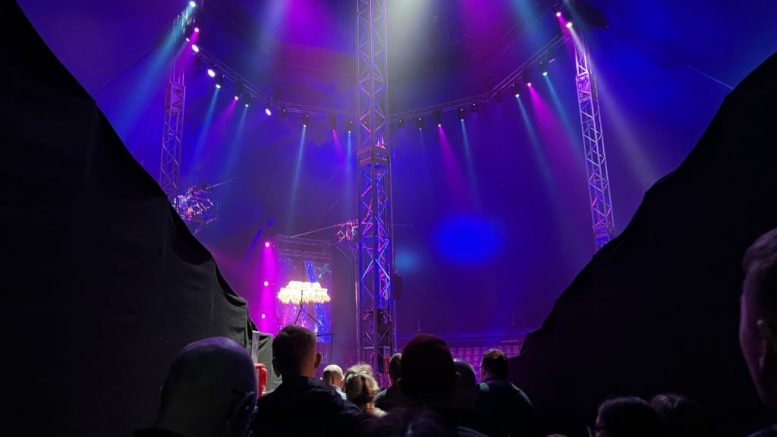 Circus Extreme has arrived in Cardiff and is currently dazzling audiences with its death defying stunts until Saturday, 4 June 2022.

The world famous circus has returned to the UK as part of its world tour, promising ‘a one-of-a-kind performance’ with its highly talented performers. And the fact that the circus hasn’t beckoned on the city since 2019, makes it extra special.

If like me, you’ve been to the circus before, perhaps as a child, you’ll know the excitement of entering the big top, with its electric atmosphere as you wait for the show to start. There is no designated seating, other than the section that you’ve paid to sit in (i.e. grand stand / VIP etc), so you’ll want to arrive early (approx 45 minutes before) to find your seats.

If you’ve been before, you’ll probably recognise some acts from advertisements, but make no mistake, Circus Extreme 2022 has an enhanced show offering, bringing a modern twist on this contemporary art. In fact, with its combination of dance, tomfoolery and spectacular lighting display, the circus these days offers full on family entertainment.

According to its creators, it has been five years in the making and features some of the most talented performers in the world. It’s not surprising when you think of the physically demanding stunts, and the fact that they’re doing these things at a great personal risk. They will certainly not be ones to try at home, kids.

The United Kingdom was specifically chosen as the location for Circus Extreme due to its diverse cultural background. A major centre of the creative industries, and the fourth most visited country in the entire World, so where better to celebrate the vibrant, artistic and awe-inspiring nature of the circus.

Audiences will be amazed by the jam-packed Circus Extreme production which features show-stopping performances that will have you on the edge of your seat.

Acts include the Ayala Troupe, who will be performing their award winning high wire act which has never been seen before on our shores.  Having performed all over the world and most recently showcased in the World famous Monte Carlo Circus Festival.

Direct from Columbia on the wheel of Death are Duo Vanegas, debuting in the UK and proud to be presenting their incredible aerial manoeuvres, including their unbelievable high jumps and famous back flips.

Just back from its European tour, the EXTREME® freestyle motocross team will be bringing you its jaw-dropping stunts to the Big Top as pilots fly through the air displaying cliff-hanger stunts such as the superman and nac nac to name a few. Battling for air space, the resident riders are sure to get the adrenaline pumping as they defy gravity with incredible mid-air backflips

Circus Extreme will be at Cardiff City Stadium until June 4th 2022.

For a discount call the box office on 0203 375 3970 or online with Ticketmaster and quote ‘BIKES’ Must be booked at least 24 hours before show time. 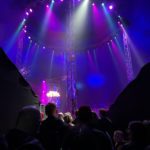 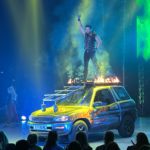 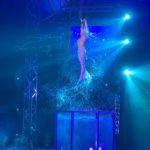 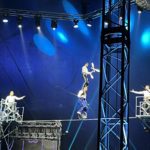 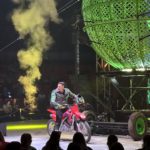 Principality head office re-opens after two and half years