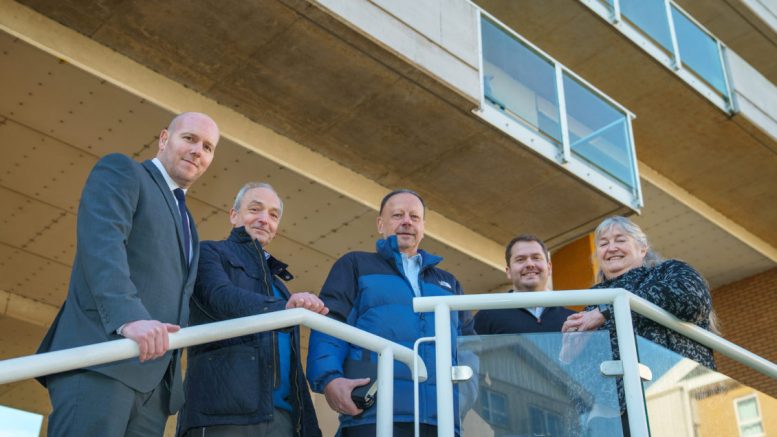 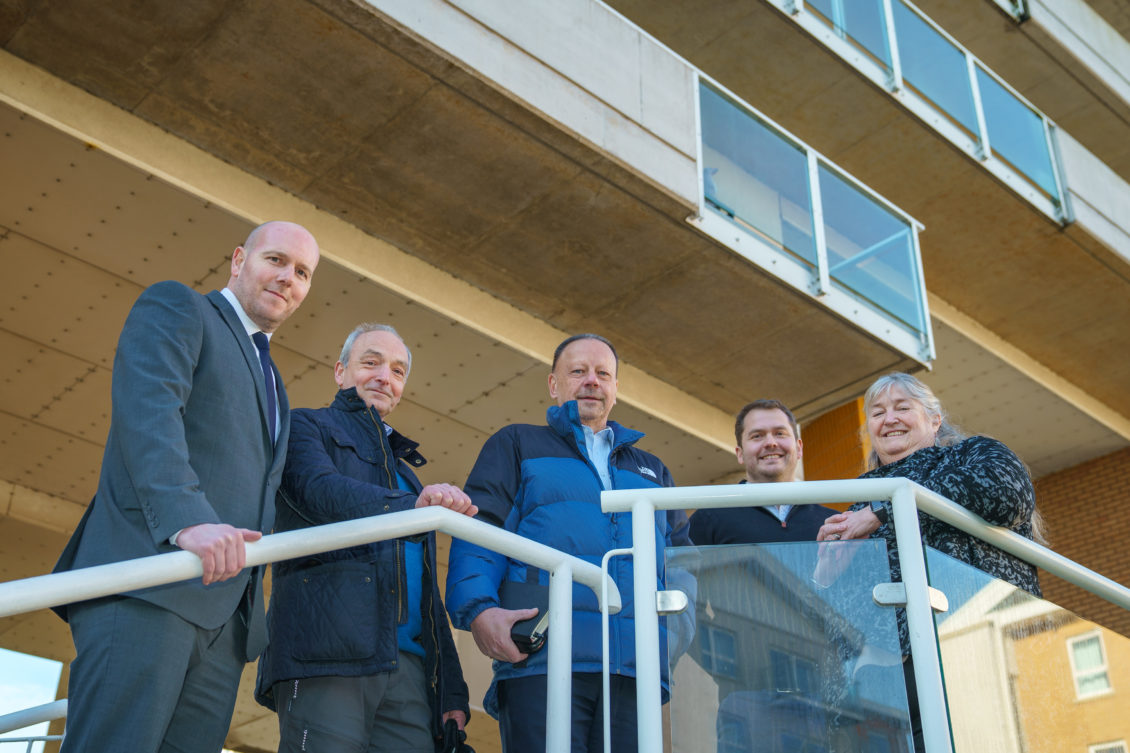 In November, the Minister announced details of the pact that represents a public commitment developers will address ‘fire safety issues in buildings of 11 metres and over that have been developed over the last 30 years’.

The Welsh Government Developers Pact, underpinned by formal legal documentation, has been shared with Builders Federation and developers are expected to accept the terms shortly.

Some developers, including Persimmon Homes and Bellway, have started work ahead of formally accepting the terms and the Minister was invited to see vital fire safety works carried out in Century Wharf.

Climate Change Minister Julie James said: “It was great to visit Century Wharf today to see first-hand the work that is already being carried out in Wales.

“I have always made it clear that I do not expect leaseholders to bear the cost of repairing fire safety issues that are not of their making and that I expect developers to step up to their responsibilities.

“I am very grateful to Persimmon for the invitation today, I am very pleased they have worked closely with the management company to carry out this work ahead of formally accepting the terms of the Pact and look forward to continuing this productive relationship.”

“We were very pleased to welcome the Minister for Climate Change to see the action being undertaken at Century Wharf.

“We made a commitment two years ago to pay for any necessary cladding and safety related remediation work on multi-storey buildings Persimmon constructed. We took this leadership position as we wanted to protect our customers and remove uncertainty for them.

“We have worked closely with the management company overseeing the works, and will continue to do so as we fund the remediation programmes on such buildings in Wales.

“Persimmon strongly supports the Welsh Government’s efforts to resolve the cladding and fire safety challenge as we believe it is not only fair for leaseholders in Wales, but also the right thing to do as one of the nation’s leading housebuilders.

“We’ll continue to work constructively with the Minister for Climate Change and the Welsh Government as we support the completion of works as quickly as possible for leaseholders.”

In a written statement published shortly after the visit, the Minister provided an update for those affected by fire safety issues who have struggled with mortgages.

“We are making significant progress towards addressing this issue and giving the finance sector assurances they require,” she said.

“At present, lenders operate on a case-by-case basis in Wales, and we are working closely with the Royal Institution of Chartered Surveyors and UK Finance Ltd to ensure the recent announcement for England will similarly be considered on properties in Wales.”

The Minister also confirmed a change to the way the Leaseholder Support Scheme works.

“Despite the positive moves made by developers, and other progress, I appreciate that these works will not come soon enough for some leaseholders who face financial hardship as a result of fire safety issues in their homes,” she said.

“In June last year I launched the Leaseholder Support Scheme with a commitment that I would continue to review the eligibility criteria to ensure those in greatest need would benefit from the scheme.

“Following the completion of a review I have instructed officials to amend the eligibility criteria of the scheme in two fundamental ways.

“The first is to amend the assessment of financial hardship to take into account the rising cost of energy.

“This is vital as it will increase recognition of those in significant financial hardship as a result of the recent increases to the energy price cap and will allow more people to access the scheme.

“The second fundamental change is to remove the Displaced Residents clause.

“Previously, to be eligible for the scheme, leaseholders had to either be residents, or be residents forced from their property due to changing circumstances.

“By removing this criterion, the scheme is now opened to leaseholders who have purchased properties as an investment, such as pensioners, or those who have received the leasehold through an inheritance.

“The support offered by this scheme will help more leaseholders in financial hardship receive the support they need.”

Key Welsh landmarks lit up in honour of life-changing research