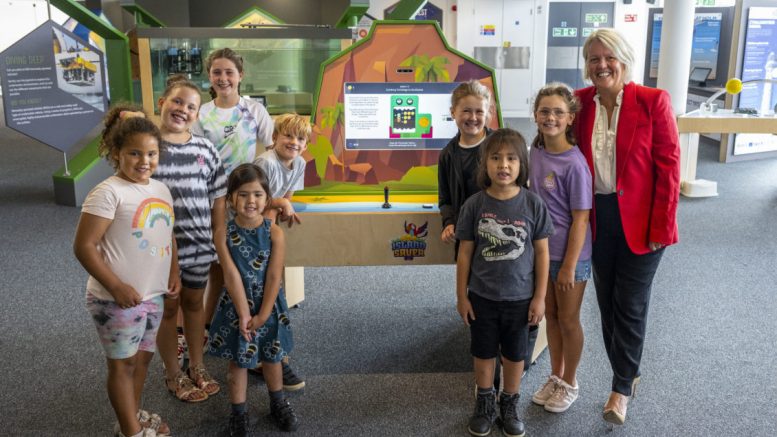 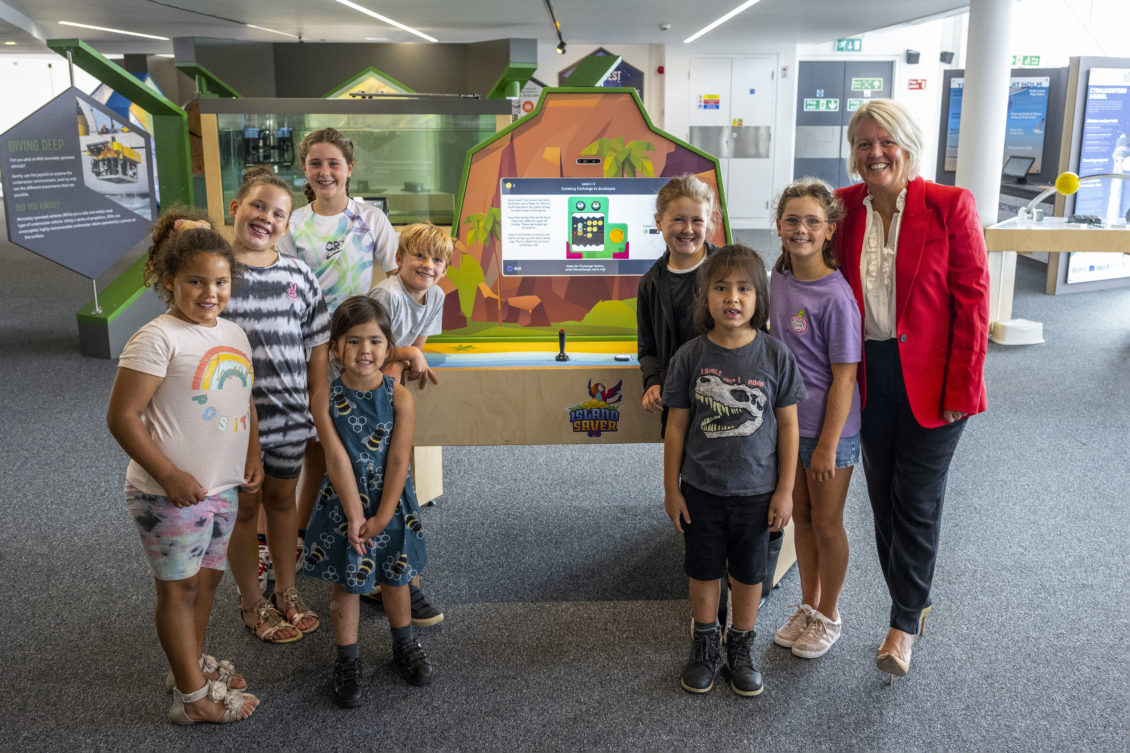 A new interactive exhibit that aims to help children fight climate change and learn important money skills has been officially launched at Techniquest in Cardiff by Alison Rose, CEO of NatWest Group.

The exhibit has been funded by the bank and is themed on NatWest’s popular free video game Island Saver, which has been downloaded over four million times since being launched in 2020.

Featuring two interactive displays, the first side of the exhibit is based on the Island Saver game and challenges children to earn special coins by cleaning-up a polluted island using a Trash Blaster joystick.

During the game children learn about PIN numbers and the importance of keeping them safe, as well as currency exchanges and how they work. At the end, children use the coins they have earned to buy different selfie backgrounds for a photo taken by the exhibit which is then emailed to them as their reward.

On the opposite side, the exhibit teaches children how animals featured in the game are affected by climate change and what steps they can take to help.

Lucie Coles, aged 10, was one of the first children to try out the exhibit with her sister Mali and friend Ffion Nicholas. Lucie said: “It was so much fun. I really liked the game and being able to earn coins by collecting all the rubbish on the island. You have to come up with a secret number that you mustn’t share with anyone when you play, but these people try and get you to tell them what it is. If you do, you lose all your coins!”

Techniquest is one of the UK’s leading science discovery centres featuring over 100 interactive exhibits and welcoming tens of thousands of visitors from across Wales and the South West every year. Its Science Capital, where the NatWest exhibit is displayed, opened in 2020 and aims to encourage more children and young people into STEM learning and careers.

Techniquest and NatWest have worked in partnership over the last 12 months to deliver the exhibit and will continue working collaboratively in 2023 and onwards to support more children and young people.

Speaking at the launch Alison Rose, CEO NatWest Group, said: “Our Island Saver game was launched as a fun and engaging way of helping teach children and young people important money management skills and to help them learn more about the impact of climate change. The number of children playing the game has been hugely encouraging and this exhibit at Techniquest is an important extension of our Island Saver work.

“Crucially, our purpose as a bank is to help people, businesses and communities thrive and our work with Techniquest is helping support more children and young people to become financially empowered and learn about climate change and the actions they can take. Techniquest is a pioneering facility undertaking important work with children, families and schools and we are very proud to be working alongside it.”

Lesley Kirkpatrick, CEO of Techniquest, said: “We’re delighted to have been able to work with NatWest to bring a brand-new display to our exhibition floor; particularly one that includes such a positive message around caring for the environment. Financial literacy too is increasingly important for our young people today; so again, an exhibit that is able to combine these hugely important lessons in one display is just perfect.”

DEPOT to support local hospice as their charity of the year

Key Welsh landmarks lit up in honour of life-changing research